Best Buy, Nasdaq on list of best companies for women to advance 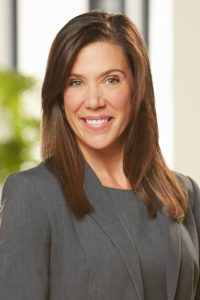 Parity.org, a nonprofit dedicated to closing the gender gap at the highest ranks of business leadership, has announced its Best Companies for Women to Advance List 2020.

Included in the ranking are 35 organizations, ranging from S&P 500 companies to small businesses with fewer than 500 employees.

Inclusion was based on companies’ gender equity success in areas including recruitment, benefits, executive preparation and measurement and the representation of women on their staffs.

“These companies are examples of commitment and intentionality in leveling the playing field for women and paving the way for them to succeed and advance their careers, making gender parity at the top levels possible,” said Cathrin Stickney, Parity.org founder and CEO. “The efforts they have undertaken are not just worth recognizing, they are worth emulating. We hope that more companies will follow their lead and take similar actions to pave the way for the women in their organization to advance.”

Companies that made the list were also likely to measure and report on gender parity to their executive team (95%) and/or board (68%).