The Battle over Partisan Gerrymandering 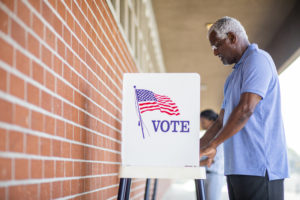 In states like South Carolina where party and race and ethnicity highly correlate, federal court challenges to racial gerrymandering will continue. Pretending that race-based drawing is simply partisan-based drawing may or may not prevail.

Other avenues through the states also remain. Thirteen states prohibit partisan gerrymandering. Typically, those prohibitions result from citizen-led initiative ballot measures. State Supreme Court rulings like that in Pennsylvania in 2018 found that partisan gerrymandering violated state constitutional protections. Partisan redistricting has been on trial in North Carolina state courts recently. Lawsuits may entail explicit constitutional requirements like those in California and Florida.

Many states have moved redistricting to more or less independent redistricting commissions. Many activists believe that more important than such commissions is adoption, whether constitutionally or through state law, of criteria that prohibit favoring or disfavoring parties or candidates.

The battle over partisan gerrymandering did not end with Rucho. It moved more clearly to the states, including South Carolina, where much legislative activity was already underway. The outcome probably relies on how engaged voters become in demanding change.