Suzan Boyd‘s life and career is the story of courage, relentless drive, and compassionate leadership. 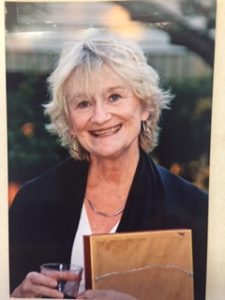 She was born and raised in a small town in central Illinois. After earning a degree in nursing at Barnes Hospital in St. Louis, she simply decided to go to Boston. During her time at Boston College, a mentor encouraged her to apply to Yale for graduate study – and the reward was a Master’s degree. Her deep empathy for delivering hands-on health care led her to a community healthcare center in a challenging neighborhood in Boston.

After completing an MBA to expand her management skills, and getting married, she headed off to Chicago. She quickly became the VP of Ambulatory Services at a 500 bed hospital. Growth in outpatient clinics, physician recruitment, and community based services soon followed.

Her husband’s job change led her to South Carolina in 1987. The Dean of the USC School of Public Health convinced her to try teaching as an Associate Professor at the graduate level,so she jumped into a new challenge. Thus began a new phase of her life. Four years later, she had earned a Doctorate degree, turned around a struggling MHA program, taught hospital administration for USAID in Eastern European countries, and was selected for the James A. Keith Excellence in Teaching award at USC. Many students today still remember her strong dedication to them and belief in their potential as a meaningful and life changing experience.

In 2001, she took on an assignment that would be the highlight of her career. She was hired to be the Executive Director of the South Carolina Campaign to Prevent Teen Pregnancy. Starting with an organization of three people, and with the help of the extraordinary people she recruited, that organization became the national model for comprehensive, evidence- based programs and community outreach. Terrific results followed. Conversations with her team members said a key factor in the success was the energy that Suzan created by her relentless drive, paired with compassion and respectful leadership.

Her life of contributions has garnered recognition in awards and additional roles: 2008 United Way of the Midlands Humanitarian of the Year, EDVenture Great Friend to Kids Award, YWCA Leadership in Business and Industry Award, 2020 COLUMBIA City of Women Honoree,  Board of the Columbia Art Museum (Chair), Converse College Board, and ETV Endowment Board, to name a few.

Her husband of forty years is fond of saying, “If you wake up in the morning and need a mountain moved, call Suzan Boyd.” He then adds a note of caution, “Just be sure to point to the right mountain, because when you return after lunch, it will be gone.”

Make your gift to advance the interests of Women in Leadership today.